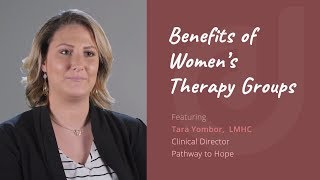 6 Ways to Cut Down on Alcohol

What to Expect During Your First Session

This post was inspired by a former client of mine who was in treatment for alcoholism. His main concern was setting boundaries with his wife who was also an addict and struggled with mental health issues. He wasn't sure how to communicate with her and set boundaries while remaining sober and struggled with dealing with some of the toxic issues in their relationship. Sometimes he thought it was best for her to take a few Xanax and pass out on the couch (hence, "go comatose for me, baby") than to deal with the fact that they couldn't communicate with each other and their arguments eventually became an excuse for him to drink. He explained to me that he was trying to set boundaries with her but she was NEVER respecting them so he eventually just stopped telling her how he felt.

One of the stories I frequently tell my clients has to do with my own personal "Ah ha!" moment with boundaries in my relationship with my mother. Before I explain, I have to tell you that I absolutely love my mother and I wouldn't be the woman I am today without her.

When I first moved to South Florida, I had a very long commute to work. Depending on traffic, my drive could be anywhere from an hour to an hour and a half. My mother, being the diligent and type A person she is, knew exactly what time I would be in my car and would call me every morning. While I love chatting and gossiping with my mom, sometimes I wanted that time in the morning to listen to music, drink my coffee, get my mind prepared for the day, etc. Every once in a while, the topic of conversation in the morning would be a bit too "heavy" and it had the tendency to make me a bit anxious prior to arriving to work.

After a few months of getting to work a bit stressed out and "curfuffled" (yes, that's a word that I just made up), I politely asked my mother to please not call me in the mornings. I explained to her that I had a routine each morning of listening to music, preparing mentally and emotionally for the day, and enjoying my quiet drive to work. However, without fail, she continued to call. Each morning I would arrive to work anxious and flustered because I wasn't able to enjoy my morning ritual. I politely explained, once again, that I would rather she call me later in the day instead of first thing in the morning. She continued to not respect my boundary and this made me more and more upset.

What was I doing wrong? I had CLEARLY set my boundary. I had CLEARLY told her my feelings about the situation. I had CLEARLY and POLITELY explained to her that I would speak with her after work. WHY WASN'T SHE RESPECTING MY BOUNDARY?!?!

Then, one day it clicked!

I WAS ANSWERING THE PHONE!!!

This is something I see all the time with my clients as well as their family members. Sometimes we set these simple boundaries with others. However, we're unable to follow through on our end of keeping the boundary. We get upset when other people "don't respect us and our thoughts/feelings" but why would they when we aren't able to hold them ourselves?!

Sometimes I hear parents tell me that they're going to kick their children out of their house, turn off their cell phones, not speak to them again, or cut off all finances if their child relapses again. I always advise them with caution to ONLY set those boundaries if they themselves are actually able to follow through with them. If not, their child may not respect their thoughts/feelings the next time they threaten to set a boundary that they may not be able to keep.

The first step in setting a boundary with anyone is to make sure the boundary is easy to maintain and that you will be able to follow through. For example, if you continue to tell your ex to stop texting you and they continue to text you ask yourself, "are you responding to them"? If you are, maybe that person isn't respecting your boundary because you continue to text back! We've all done this and it's a difficult thing to stay strong in your conviction. But make sure what you want from others is also something you're able to follow through with on your end if they continue to step over the boundary you've set for them.

Sooner or later, my mother eventually stopped calling in the mornings when I stopped answering. As for her calls after work.... well... that's another story =)